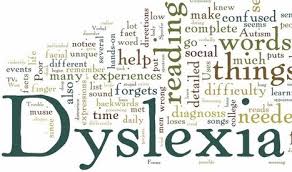 I’m spending today planning, thinking, wondering how to proceed when we start back with homeschooling tomorrow. I’m glad of an extra day, as I have been putting off thinking about it, and the weekend has been busy with visitors. But my eldest is still home as it’s a teacher’s ‘inset’ day, so I decided I could do with an ‘inset’ day myself.

The weather is very grey and depressing after the lovely sunny weather and I am really hoping it will start cheering up again as I am feeling that I need to get out more and get away from things this term.

I am wondering again how to deal with the severe dyslexia problem. I am out of my depth, and I just don’t know how to connect with any resources or helps that might be available. I have suggested calling it a day and trying school, but that’s not an option Motor-biker will consider so I need to do what I can here.

Starting back after a break is always hard – trying to get into a stable routine, getting up early and getting stuck in is a challenge after holidays. But I’m just wondering if I need to re-think our whole way of doing things (again).

When Dragon-tamer was at home, he pretty much taught himself because he was a book lover and found reading easy and fun. Pony-rider is the same, and she is happy to explore her own topics and she’s not one to get bored because she can’t think of anything to do.

The two youngest though, Motor-biker and Baba Zonee, are both struggling readers, get bored very easily and aren’t really interested in anything and certainly wouldn’t pursue their own interests unless they include watching TV or playing computer games. It’s a whole new paradigm for me.

So for the last 2-3 years we have done much more formal lessons than I ever did with the older two, and I thought I was doing the right thing, and that I needed to do it, but I have the overwhelming feeling that none of it is going in at all. They’re still not interested in anything, still not willing to study topics on their own, and they still can’t read.

So I’m still not sure how I will approach tomorrow. I am wondering about abandoning the formal lessons and going back to Sonlight (for anybody not familiar with it, it’s an American, literature-based curriculum which we loved and which I used for years with my older two).

I never needed to do much in the way of formal work with the older two – they just picked it up along the way, and because they were such wide readers, they had no problem with spelling or grammar or writing – it all just came naturally.

Was I wrong to assume that the younger two were different? Should I have given it more time? Would they eventually pick up what they need just by listening to me read to them? I know it’s possible because it happened with my two oldest, but they were readers. Can reading itself be transferred by osmosis? I’m just not sure anymore.

By the way, I’ve added hashtags to the title of this blog post as an experiment, in the hope that they’ll appear when the post automatically feeds through to twitter.

Pages on This Site